Homepage » AFRICA: Climate change causes drastic loss of biodiversity
This article is part of the dossier
COP27: WHAT ARE THE CHALLENGES FOR AFRICA AT A TIME OF CONCRETE SOLUTIONS 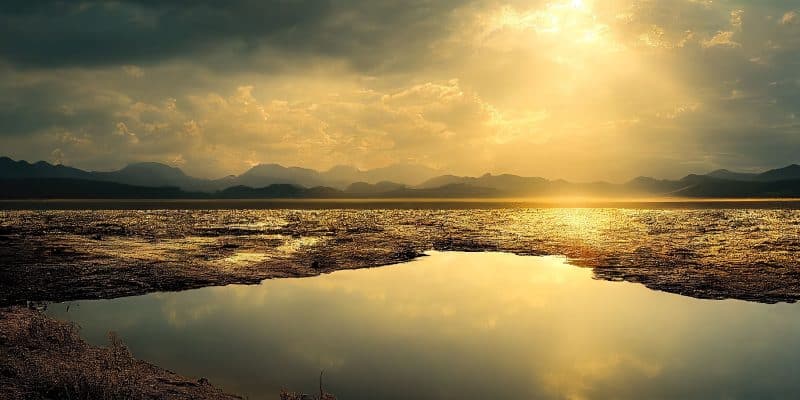 Climate change is reducing the ability of some species to migrate, thereby accelerating species loss. In southern Africa, drought has severely threatened species such as rhinos, elephants and lions. In the flowering of solutions to this tragedy, environmentalists are advocating at world summits such as the United Nations Conference on Desertification (COP) to accelerate reforestation to reduce global warming.

The main effects of climate change are known. The concentration of CO2 in the atmosphere (which has already risen from 280 to 415 ppm since 1880 according to the research of the American biologist Maria Rubino), the emissions of CO2 and other greenhouse gases (which will be responsible for an increase in the average temperature for the coming century of 1 to 4°C according to the IPCC scenarios), and finally the increase in the frequency and intensity of extreme weather events, particularly droughts.

While the increase in atmospheric CO2 concentration favours photosynthesis and the creation of biomass, the rise in temperatures and the increase in the frequency and intensity of drought episodes strongly disrupt plant growth and the yield of cultivated plants.

The water crisis in plants has repercussions in the animal kingdom. Climate change does not distinguish between livestock and wild animals. Wild animals are much more vulnerable to its effects than their domesticated cousins. Drought exacerbates human-wildlife conflict and habitat destruction as traditionally nomadic pastoralists lose their livestock and move into what was once a wildlife habitat. Poaching is increasing, as locals and refugees kill animals to eliminate competition for scarce resources (such as water and edible plants), or to sell their meat for a small extra income.

Wildlife is also directly affected, as animals simply die from the extreme and unforgiving heat and lack of food and water.

In a recent study in the Kruger National Park (South Africa’s largest) scientists link extreme weather events to the disappearance of plants and animals unable to cope with the drastic conditions and lack of water due to longer dry periods and higher temperatures. “Drought has seriously threatened species such as rhinos, elephants and lions, as it reduces the amount of food available,” says Philip Wandera, a former warden of the Kenya Wildlife Service, and a lecturer on rangeland management at the Catholic University of East Africa.

In neighbouring Zimbabwe, the government moved more than 2,500 wild animals from a southern reserve to a northern reserve in September 2022 to save them from drought.

The effects of climate change on wildlife are not limited to southern Africa. Across the continent, national parks that are home to a myriad of wildlife species such as lions, elephants and buffalo are being hit by relentless droughts.

In its sixth assessment report on climate change, the United Nations Intergovernmental Panel on Climate Change (IPCC) says that global warming could cause more than half of Africa’s bird and mammal species to disappear by 2100. To avoid this catastrophe, “the sixth mass extinction”, “more intensive park management and the removal of fences that prevent species from migrating to less drought-prone areas are important first steps to protect wildlife”, says scientist Philip Wandera.

Reforestation must be accelerated to reduce global warming, thereby reversing the decline in biodiversity. This is the commitment made by African states at the 15th Conference of the Parties (COP15) to combat desertification, which ended on 20 May 2022 in Abidjan, Ivory Coast. In figures, the aim is to accelerate the restoration of one billion hectares of degraded land by 2030.

In addition to this main objective, the final communiqué of COP15 also calls for the strengthening of resilience to drought by identifying the expansion of drylands and improving the involvement of women in land management.

Welcoming this land restoration objective, presented as equivalent to the goal of limiting global warming to below 2°C set in the Paris Agreement at COP21 on climate, delegations at the CO   P15 on desertification welcomed the fact that the land issue was taken into account for the first time. Who owns the land? Who has the right to use or own it? These are all questions that vary from country to country and must be taken into account if projects to restore degraded land are to succeed.