Homepage » AFRICA: Climate change at the top of the insecurity agenda 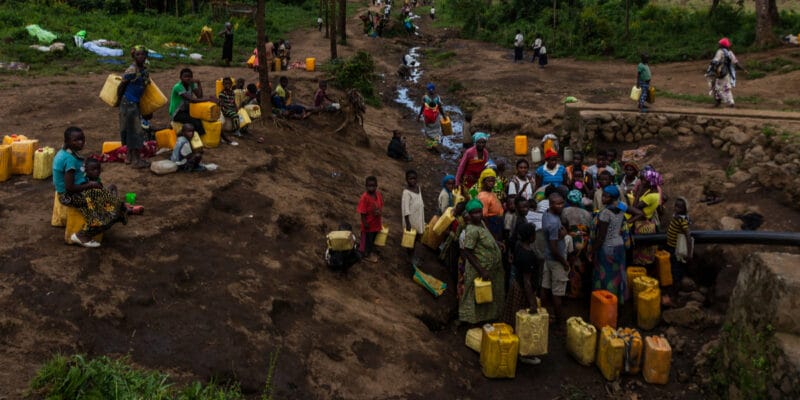 Presented as the greatest threat ever encountered by mankind in contemporary history, climate change is particularly affecting Africa. The phenomenon exacerbates conflicts and threatens food security on the continent, which has the lowest greenhouse gas emissions. African leaders attending the UN Security Council's High-Level Segment on Climate and Security on February 23rd, 2021 said that climate change has become one of the main drivers of insecurity in Africa.

Global warming is increasingly emerging as one of the causes of conflict in Africa. The United Nations (UN) is aware of this and, even more so, the members of its Security Council, who have just organised a high-level debate on the relationship between climate and security. The videoconference exchanges discussed the serious climate-related security risks in Africa, particularly in West Africa, Somalia, Darfur, the Sahel, Mali and the Lake Chad Basin. “In my country, we live in permanent insecurity, due to many factors that put Sudan at the top of the list of climate vulnerability,” said Nisreen Elsaim, Chair of the United Nations Youth Advisory Group.

In the same vein, Kaïs Saïed, the President of Tunisia, recalled that Security Council Resolution 2532, adopted on July 1st, 2020, confirmed that insecurity can be caused by a multitude of factors, and not only by armed conflict. One of these factors is the aggravation of poverty and resource scarcity resulting from climate change, particularly in Africa, where its effects are particularly severe.

Indeed, where global warming dries out rivers, reduces harvests, destroys critical infrastructure and displaces communities, it also exacerbates the opportunities and risks of conflict. A study by the Stockholm International Peace Research Institute found that 8 of the 10 countries hosting the largest multilateral peace operations in 2018 were in areas highly exposed to climate change.

One hundred billion dollars a year: a broken promise

Speaking in turn, the UN Secretary-General called on Member States to forge deep partnerships within and beyond the UN system to mitigate the acute climate impacts on food security, natural resources and migration patterns that fuel tensions between countries and regions. “The poorest – those with the least security – will certainly suffer. Our duty at this time is certainly to do everything we can to help those who are most at risk,” says Guterres. He urged donors and multilateral and national development banks to increase their support for climate financing by 50 per cent. “Developed countries must also fulfil their commitment to channel 100 billion dollars a year to the South. A commitment they did not keep by 2020,” he acknowledged.

The UN Security Council has been holding high-level debates on the link between climate and security since 2007. The institution is now in its fifth such meeting, while some leaders continue to question the claim that the relationship between climate and conflict is causal, pointing instead to political and economic factors.

MADAGASCAR: a geoportal alert against bushfires

DRC: In Kinshasa, the Chic is born for flood prevention