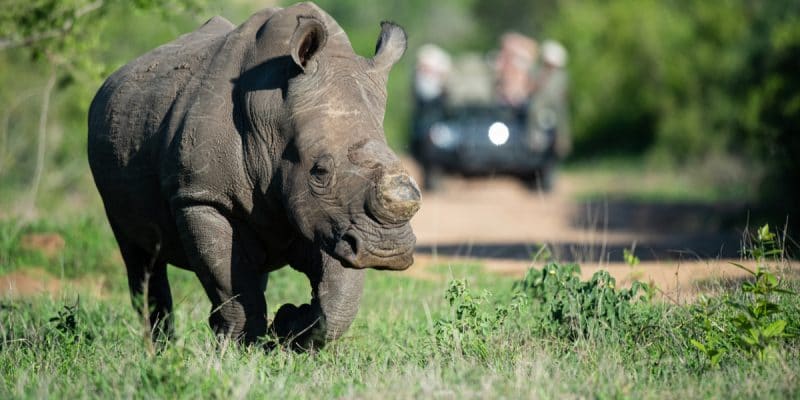 Africa and China will strengthen their cooperation in wildlife protection and support the improvement of the conservation capacity of African countries. This is one of the resolutions of the 7th Forum for China-Africa Cooperation (FOCAC), which was held from 29 to 30 November 2021 in Dakar, Senegal.

The environmental component of Sino-African cooperation, for the period 2022-2025, is now known. The two sides agreed to raise public awareness and jointly combat illegal wildlife trade. In addition, the two sides have committed to building the capacity of wildlife conservation professionals, intensifying exchanges and cooperation between customs authorities, and establishing an anti-smuggling cooperation mechanism to crack down on crimes of smuggling endangered species and their products.

This is one of the nine areas of the Action Plan of the 7th Forum for China-Africa Cooperation (FOCAC), which was held from November 29 to 30, 2021 in Dakar, capital of Senegal. “We appreciate China’s commitments to support green projects in Africa and hope that this will provide greater opportunities for community engagement,” says Taye Teferi, Africa policy and partnership coordinator at Traffic, a non-governmental organization (NGO) that works globally on wildlife trade in the context of biodiversity conservation and sustainable development.

China as a destination for African wildlife products

Since its inception in 2000, FOCAC has been the highest platform for China-Africa trade and investment dialogue. It includes African countries that have diplomatic relations with Beijing. It meets every three years and decides on action plans and associated work programs for the next three years.

Reas also-AFRICA: TCM expansion seen as a threat to biodiversity

The environmental component of FOCAC 2022-2025 focuses on protecting Africa’s biodiversity at a time when the Middle Kingdom is the target of an international campaign to combat illegal wildlife trafficking in Africa. Pangolin scales and rhino horns are used in traditional medicine, mainly in China and Vietnam. And ivory as well as rhino horns are in high demand in China and elsewhere in the world to fashion sculptures. In 2016, the International Union for Conservation of Nature (IUCN) reported that 93,000 to 111,000 African elephants were killed for their tusks between 2006 and 2015. The preferred destination of these tusks is China, where they are part of the traditional pharmacopoeia.

The international NGO Environmental Investigation Agency (EIA) has expressed serious concerns about the growing demand for traditional Chinese medicine from Africa. In its latest report, the British organization estimates that a growing demand for treatments based on elements extracted from the bodies of wild animals will further accelerate the decline of biodiversity.