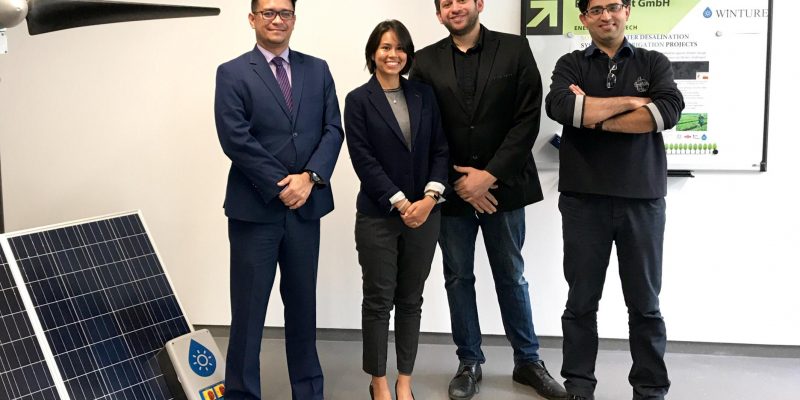 The German start-up Boreal Light has just completed a round of financing which has enabled it to obtain 7.5 million dollars for the deployment of its solar-powered desalination systems in several African countries. The fund raising was organised by the investment company GreenTec Capital Partners.

Boreal Light obtains funds for its expansion in Africa. The start-up based in Berlin, Germany, has raised $7.5 million in a financing round organised by investment firm GreenTec Capital Partners. The fundraising also saw the participation of a US-based wealth management office.

The funds raised will enable Boreal Light to expand its activities on the African continent. In areas with an arid climate, the young company is installing kiosks for the distribution of drinking water obtained from a solar-powered desalination system. This solution is already operational in several countries on the continent, notably in Somalia. In this country in the Horn of Africa, Boreal Light recently commissioned a desalination system capable of supplying 1.5 m3 of drinking water per hour to the people of Oog, in the Sool region.

“After six years of hard work, the company is ideally placed to scale up, having established a network of water kiosks in Kenya and completed projects in Yemen, Somaliland and Uganda. The company has also established a presence in South Africa with a local office and projects already completed and plans to expand into the Southern African Development Community (SADC),” says GreenTec Capital Partners.

In Kenya, where it already has drinking water kiosks in operation, Boreal Light plans to deploy its solution in Turkana, Wajir, Kwale, Naivasha and Mombasa. These counties have arid climates or brackish groundwater, the consumption of which requires special treatment.