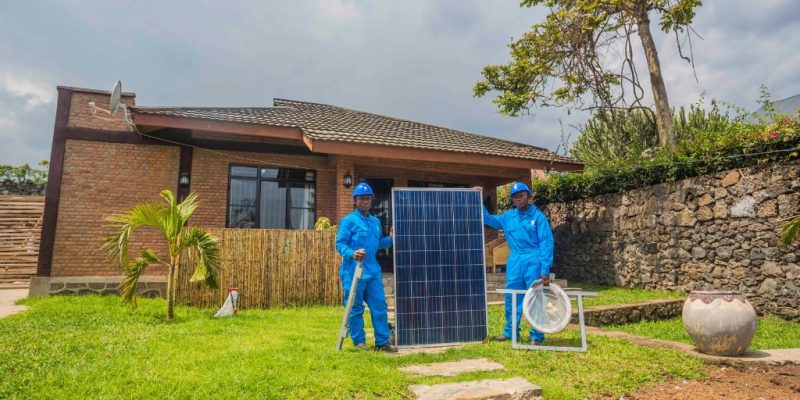 The home solar kit supplier Bboxx has recently signed a partnership with Canal+, a French company specialising in the distribution of pay TV channels. The two companies will sell solar home kits together with televisions and picture decoders in Africa.

Bboxx is diversifying its offers in Africa. The vendor of solar home systems recently signed a partnership with the pay TV channel distributor Canal+. Through this new partnership, Bboxx will combine the television and display decoder of the French company Canal+ with its solar home systems. It is a major challenge for Bboxx due to the significantly higher monthly costs of pay TV subscriptions.

The UK company intends to use pay-as-you-go (pay-per-use) to facilitate the distribution of its new kits to households in urban, peri-urban and rural areas. “This is the first time that Canal+ has adapted its business model to the pay-per-use model used in the distribution of Bboxx’s solar home systems, integrating their services with Internet of Things (IoT) technology,” said Bboxx.

Experimentation in DRC and Togo

The Democratic Republic of Congo (DRC) and Togo will serve as a laboratory for the new partnership between Canal + and Bboxx. The solar kit supplier is already present in both countries and claims about 150,000 subscribers, mainly in rural areas. After 10 years of activity, the company, which employs more than 600 people, now wants to diversify its offers in Africa.

Nearly a year ago, Bboxx launched into ecological cooking, a sector that is currently very little in demand in Africa. This pioneering move enabled the British company to launch a project to distribute biogas and LPG (liquefied petroleum gas) in Rwandan cities. The new solution, which will be distributed via pay-as-you-go, should be extended to the rest of the African continent.

To carry out its environmentally friendly cooking pilot project in Rwanda, Bboxx has received support from the Energy and Environment Partnership (EEP), a multi-donor fund that provides grants and seed funding to seed innovative clean energy projects, technologies and businesses.