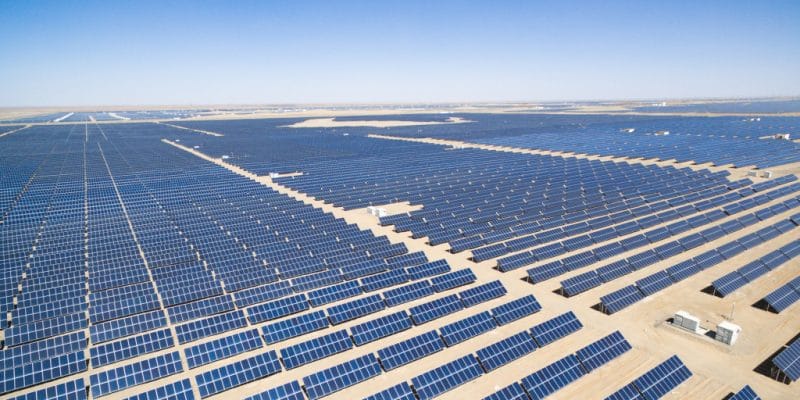 The International Solar Alliance (ISA) and Bloomberg Philanthropies have signed a partnership to mobilize $1 trillion in investment in solar power generation. These investments will be made in ASI member countries, most of which are in Africa.

This is the main announcement of the annual general meeting of the International Solar Alliance (ISA) held from 18 to 21 October 2021. The intergovernmental alliance signs a partnership with the philanthropic organization Bloomberg Philanthropies to mobilize $1 trillion in solar energy investments. These investments will be made in all 80 ASI member countries. This partnership will be implemented with the support of the World Resources Institute (WRI).

The ISA was launched in 2016 by current Indian Prime Minister Narendra Modi in the presence of former French President François Hollande. The organization set itself the goal at its launch of mobilizing $1 billion of investment in solar energy in member countries, to achieve a new installed capacity of 100 GW and especially to reduce the costs of installations in remote areas. A bet on the point of being won since the costs of equipment continues to decline, boosted by Asian productions.

The delay in investments in Africa

But low-income countries, particularly in sub-Saharan Africa, are still struggling to take full advantage of solar energy to increase their installed capacity and accelerate the electrification of rural areas. This situation is explained by the lack of financing that slows down the energy transition and electrification.

Read also- TUNISIA: towards the integration of the country in the International Solar Alliance (ISA)

“Only 2% of solar investments go to Africa, even though the continent has vast solar potential and a large number of people without access to electricity. We need to make solar investment a reality for the millions of people who have been left behind. This partnership will identify opportunities for public and private sector collaboration and increased investment in solar energy to make this transition possible,” promises Ani Dasgupta, WRI’s president and CEO.

Partnership launch in a few weeks

To accelerate investment in solar energy, Michael R. Bloomberg, the U.N. secretary-general’s special envoy for climate ambition and solutions, and founder of Bloomberg Philanthropies, calls for greater collaboration between the public and private sectors, and more data to identify challenges and opportunities. For Ajay Mathur, ASI’s executive director, the alliance has “a critical role to play in helping build the infrastructure and ecosystem for a zero-carbon future. With a strong foundation already in place, our immediate goal is to identify and mobilize opportunities and capital to accelerate our short- and long-term solarisation goals.”

An action agenda and roadmap for solar investment will be launched at COP 26 and in 2022, respectively. According to ISA, the action agenda to be launched in a few weeks will provide high-impact opportunities to rapidly scale up financial mechanisms to meet solar technology needs in different countries. The roadmap released in 2022 will provide “clear” targets and metrics for the international community to measure progress toward reaching the $1 trillion investment.

According to projections in the Scaling up Solar in ISA Member Countries report released shortly before the ISA Annual (Virtual) Meeting, assuming no major new climate change initiatives are implemented by policymakers, 1.6 TW of global solar capacity will be installed by 2030, attracting approximately $1.2 trillion in new investment. Investment in solar energy storage will necessarily be required, amounting to $151 billion for 165 GW of storage capacity over the same period. Current global solar capacity is 788 GW, according to ISA.