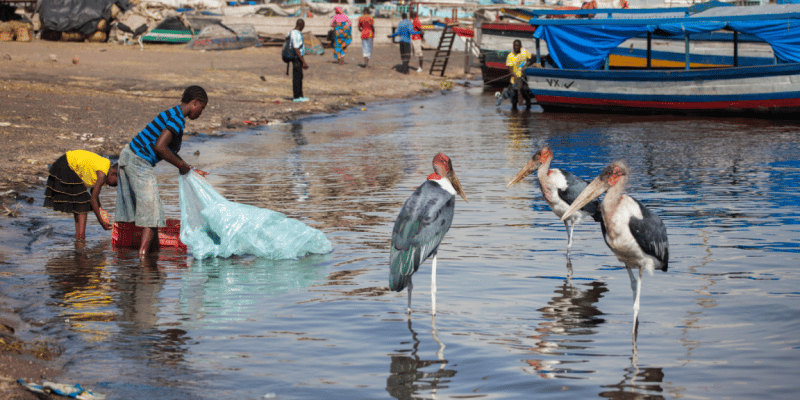 Lakes Victoria, Tanganyika and Nyasa in East Africa are the focus of a clean-up project recently launched by Arena Recycling Industry, in collaboration with several partners. The "Clean Shore Great Lakes" project aims to reduce plastic pollution, in particular through the collection and education of local communities.

For two years, the Tanzanian company Arena Recycling Industry, the Norwegian Research Centre (NORCE), the School of Aquatic Sciences and Fisheries Technology (SOAF) at the University of Dar es Salaam (UDSM) and the Environmental Management and Economic Development Organisation (EMEDO) are committed to accelerating the fight against plastic pollution in East Africa. This will be done within the framework of the Clean Shore Great Lakes project, which is the subject of a partnership agreement signed on 17 January 2023 between the different organisations.

Lakes Victoria, Tanganyika and Nyasa or Lake Malawi are the bodies of water targeted by the project, due to the growing threat of pollution. Indeed, the ecosystem of Lake Victoria (about 68,800 km2), bordered by Kenya, Uganda and Tanzania, is under threat from overfishing due to the introduction in 1950 of Nile perch, a species of freshwater fish of the Latidae family. Pollution is also responsible for the destruction of the biodiversity of Africa’s largest lake.

Lake Tanganyika, the continent’s second largest body of freshwater (32,000 km2), is not spared from plastic pollution. According to the African Development Bank (AfDB), 200,000 tonnes of fish produced annually by this body of water are threatened with extinction due to pollution. This biodiversity is necessary for the survival of the populations of Burundi, Tanzania, Zambia and the Democratic Republic of Congo (DRC), countries that border Lake Tanganyika. The situation of Lake Malawi is equally worrying, given that it (29,600 km2 ) supports 1.6 million people in Malawi, Mozambique and Tanzania.

Thus, the Clean Shore Great Lakes project will start by cleaning the shores of these East African lakes. According to Arena Recycling Industry, the operation will be carried out annually over the next two years. The Tanzanian company and its partners will also collect data during the clean-up campaigns. “This data will be used to better understand the problem of plastic pollution and identify areas where plastic pollution is particularly severe,” says Arena.

The clean-up project will also educate local communities about the need to manage plastic waste responsibly. Arena will recycle the collected waste into building materials such as bricks, paving stones and tiles for the construction of affordable houses, toilets and other buildings in rural areas.