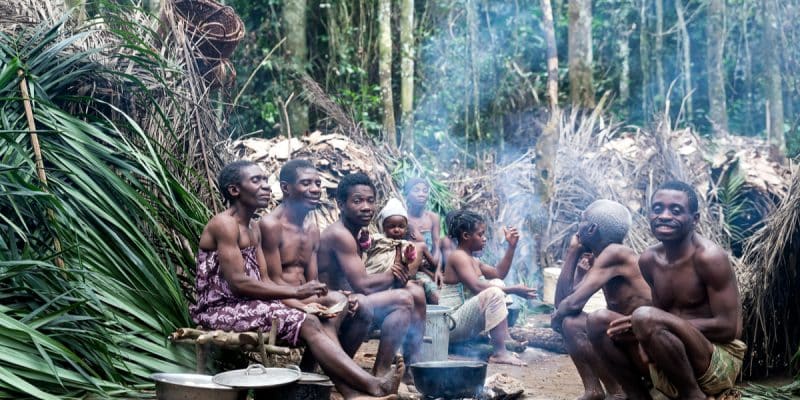 The first International Union for Conservation of Nature (IUCN) Congress on Protected Areas in Africa (APAC) ended on 23 July 2022 with the adoption of the "Kigali Call to Action". In this declaration, more than 2,000 delegates present called on governments to give indigenous peoples a prominent place in nature conservation projects and policies.

More than 2,000 delegates from across the African continent and beyond gathered in Kigali, Rwanda from 18-23 July 2022 for the first African congress dedicated to the role of protected areas in the future of the planet. The meeting, held under the theme “For People and Nature”, resulted in the adoption of the “Kigali Call to Action”.

In the five-page declaration, participants call for special support for Africa’s indigenous peoples to preserve the wisdom, traditions, scientific and traditional knowledge, and customary approaches that will enable effective conservation of nature, culture, livelihoods and human well-being.

“Protected and conserved areas in Africa have a complex legacy, with conservation success too often at the expense of local communities. One of the main objectives of the first ever IUCN Congress on African Protected Areas is to give a voice to these marginalised communities, highlighting their stewardship of nature and the need for inclusive and just conservation models under African leadership and with global support,” says Dr Bruno Oberle, Director General of the World Conservation Union (IUCN).

To maintain this goal, participants at the first African Protected Areas Congress (APAC) have built a diverse coalition, including governments and civil society actors such as youth, indigenous peoples and local communities, as well as protected area managers and rangers to strengthen nature protection and conservation.

In addition to recognising local communities as key players in environmental policies, the APAC participants called for nature protection to be combined with social justice, and above all for more funding.

“To properly manage a protected area, you need about 1,000 dollars per square kilometre. Currently, in Africa, we have an average of 50 dollars per square kilometre. So today, the continent is mobilising to ensure that its protected areas are financed,” explains Kaddu Sebunya, president of the Africa Wildlife Fundation. To make this recommendation a reality, a pan-African fund for nature conservation was launched at the APAC meeting. Open to all governments and donors, this mechanism aims to finance nature parks with resources other than tourism revenues.

The APAC was held a few months before the 15th United Nations Conference on Biodiversity (COP15) in December 2022 in Montreal, which is to adopt a global framework to better protect nature ravaged by human activities by 2050, with a stage in 2030. The COP15 Biodiversity meeting will have to decide on the UN’s call to protect at least 30% of the world’s land and oceans by 2030.