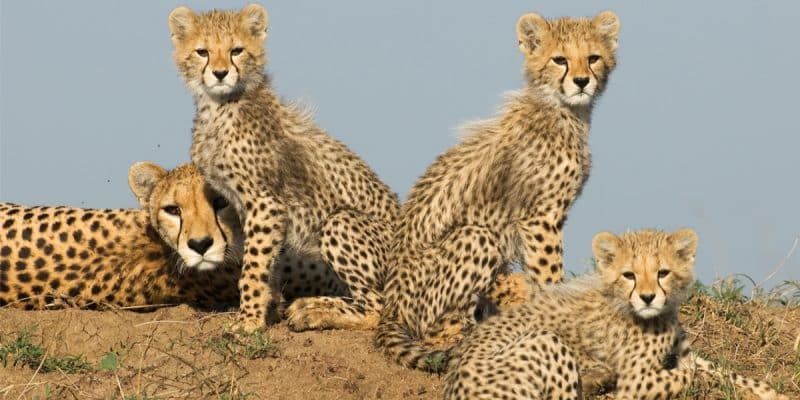 Two researchers from the European Union's Joint Research Centre (JRC) believe that the consequences of climate change on biodiversity have been largely underestimated. According to a study published on 8 January 2023 by these scientists, terrestrial animal diversity will decrease by 10% by 2050 and by 27% by 2100, which is double what was predicted until now. The Cape Floristic Region in South Africa and the island of Madagascar are particularly at risk.

Two researchers from the JRC (Joint Research Centre) based in Brussels, Belgium, are providing new information on the consequences of climate change on biodiversity. Giovanni Strona and Corey J A. Bradshaw report on these new elements in a study published on 8 January 2023. Increasing estimates of the decline in biodiversity, caused in particular by global warming, the two researchers indicate that terrestrial animal diversity will decrease by 10% by 2050 and by 27% by 2100, i.e. double what has been predicted until now.

The scientists obtained these figures from simulations carried out using supercomputers. Their role was to recreate a virtual planet by taking into account as many parameters as possible, such as the evolution of temperatures, the atmosphere, the oceans, and different biomes from current climate forecasts and those concerning soil degradation. “Although theory identifies coextinctions as the main driver of biodiversity loss, their role on a global scale has not yet been estimated. We subjected a global model of interconnected terrestrial vertebrate food webs to future (2020-2100) climate and land-use change,” they explain.

Carnivores and omnivores most at risk

The study says that the decline in animal biodiversity under global warming will be most pronounced at the top of the food chain, where carnivores and omnivores are found. Felines such as lions and wolves will be threatened, as they feed on herbivores and prevent them from proliferating and destroying vegetation.

Spatially, the major losses of wildlife are likely to be in the “hot spots”, i.e. the areas with the highest biodiversity. The International Union for Conservation of Nature (IUCN) currently lists 36 hotspots, including the Cape Floristic Region in South Africa, southwestern Australia, the island of Madagascar, the Horn of Africa, the mountains of East Africa and Arabia, the Guinean forest of West Africa (from Guinea to Cameroon), and the coastal forests of East Africa and the coastal strip between Somalia and Mozambique.

In its sixth assessment report on climate change, the United Nations Intergovernmental Panel on Climate Change (IPCC) states that global warming could cause the disappearance of more than half of Africa’s bird and mammal species by 2100. To avoid this catastrophe, “the sixth mass extinction”, “more intensive park management and the removal of fences that prevent species from migrating to less drought-prone areas are important first steps to protect wildlife,” says Philip Wandera, a lecturer at the Catholic University of East Africa in Kenya.

At the 15th Conference of the Parties (COP15) to combat desertification, which ended on 20 May 2022 in Abidjan, Ivory Coast, African states committed to restoring 1 billion hectares of degraded land by 2030. The aim is to reverse the decline in biodiversity caused by climate change.