Homepage » AFRICA: After Senegal, Akon will build a second sustainable city in Uganda

AFRICA: After Senegal, Akon will build a second sustainable city in Uganda 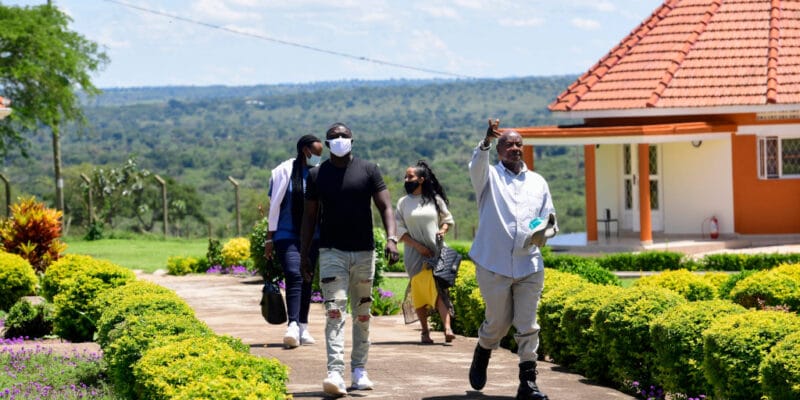 The American rapper of Senegalese origin Akon has announced the construction of a second Akon City in Uganda. This new futuristic and sustainable city project comes at a time when Akon City in Senegal has entered its construction phase at a cost of 6 billion dollars.

While his ties to Ugandan President Yoweri Museveni are causing controversy in Senegal, Akon has announced a new futuristic and sustainable city project in Uganda. The Ugandan Akon City. The Senegalese-American RnB singer wants to launch a new pharaonic project in East Africa. The Ugandan government, through its Minister of Lands, Housing and Urban Development, Isaac Musumba, has promised to make a 260-hectare site available for the construction of this futuristic city.

As in Senegal, the economy of this future smart city will be based on Akoin. This is a cryptocurrency based on the Stellar Consensus Protocol (SCP) and the Akoin Utility token, which uses Atomic Swap technology to facilitate exchanges with other major crypto-currencies, its partners’ alternative currencies and fiat currencies (such as the Ugandan shilling, the CFA franc, the dollar or the euro, editor’s note).

“We will have professionals that we plan to send to Uganda who can train the locals and I think one of the things that we lack in countries like Uganda is access to information and we need to be properly trained not only in construction, but also in management and then maintenance of the properties,” says Akon, whose real name is Badara Akon Thiam. The singer plans to complete the construction of Uganda’s Akon City in 2036. 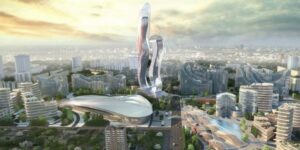 In Senegal, the first phase of Akon City will be delivered in 2023 © Akon

The project is still in its infancy, but it is already generating a lot of enthusiasm in Uganda. The development of its Senegalese smart city is already well advanced. The project is now in its construction phase with the contract awarded to KE International and Bakri & Associates Development Consultants. Akon City will be located near Mbodieme, a small coastal village in western Senegal.

Read also: SENEGAL: Akon City, the green city project is launched at a cost of $6 billion

The city will have roads, a Hamptons hospital campus, a Hamptons shopping mall, residences, hotels, a police station, a school, a waste disposal site and a solar photovoltaic plant to power the whole city.