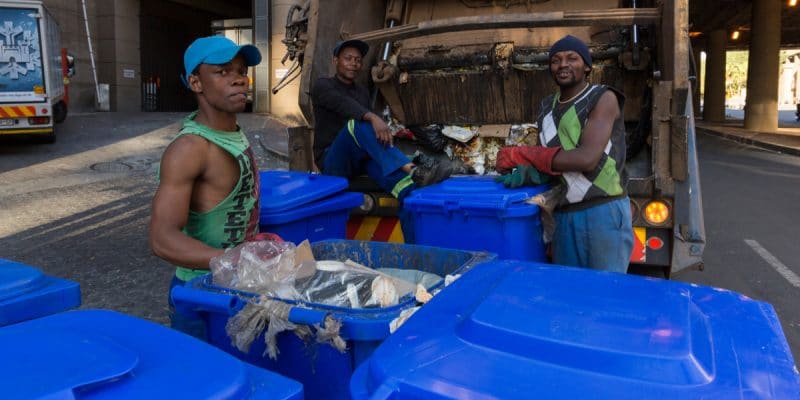 The second summit of the African Circular Economic Alliance was held on November 14, 2019 in Durban, South Africa. It was an opportunity for the countries and organisations that are members of this body to validate their operating charters.

It is essential for Africa to revalue its waste in order to reduce the effects of the pollution it generates, which in turn has an impact on the health and well-being of populations and economic growth. Not to mention the economic interest in recovering material resources available at the places of consumption and production, whose recycling almost systematically generates fewer greenhouse gas emissions and pollution in general than production from the extraction of virgin raw materials. This observation guided the second summit of the African Circular Economic Alliance (ACEN), which was held on the 14th of November 2019 in Durban, South Africa. The work focused in particular on the adoption of the charter that the organisation wishes to adopt.

The text sets out the terms and conditions for membership and eligibility to join the Alliance (reserved only for public sector organisations). It also shows the provisions concerning the ACEN management board. The organisation has two co-chairs who serve for a five-year term. Currently held by the Environment Ministers of Rwanda and South Africa, this function consists of overseeing the strategy and direction of the Alliance, leading the secretariat and technical committee, and guiding the process of identifying and welcoming new members.

South Africa and Rwanda launched ACEN in November 2017 at COP23 in Bonn, Germany. The two countries will be joined in June 2018 by Nigeria at the first ACEN Summit in Helsinki, Finland.

The vision of the ACEN is to build a restorative African economy that generates the well-being and prosperity of all its people through new forms of economic production and consumption, which maintain and regenerate its resources. Taking part in a public conference at Félix Houphouët-Boigny University in Cocody, Ivory Coast, on October 17, 2019, the co-founder of ACEN, Alexandre Lemille, said that the circular economy could save Africa over $186 billion, just by changing the way we consume.

Also present at the conference was Michel Benoît Coffi, Secretary General of the Abidjan Autonomous District Council Bureau, representing the Governor of Abidjan in Ivory Coast. He presented the plans for a circular economy project in his district. “The transformation of organic waste into agricultural substrate or bio-methane and the recovery of 16% of dry waste should create 42,000 new jobs”. He also pointed out that 35 to 45% of water bills can be saved if shower water is used to evacuate faeces…