Homepage » AFRICA: AFD and Business France, against global warming on the continent

AFRICA: AFD and Business France, against global warming on the continent 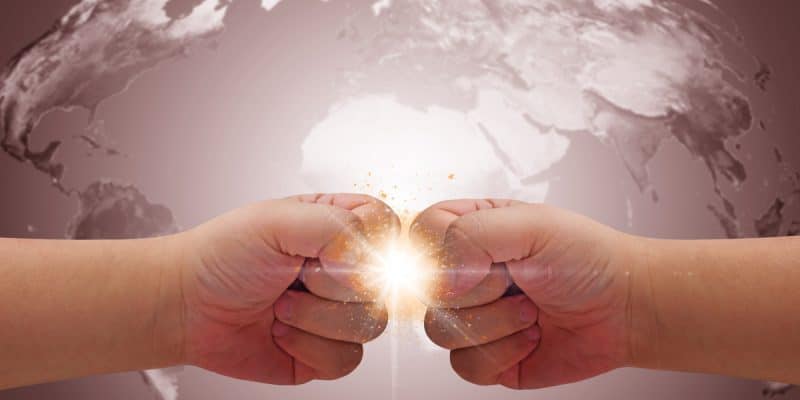 The French Development Agency (AFD) and Business France have just signed a partnership agreement on the fight against climate change in Africa.

Two French organisations responsible for promoting the economy and French companies abroad are pooling their expertise for sustainable development and low-carbon industries on the African continent.

At the Franco-African Business Forum, Ambition Africa, held from October 22 to 23, 2018 in Paris Bercy, France, Rémy Rioux and Christophe Lecourtier, respectively DGs of ADF and Business France, signed a framework agreement in favour of Africa. It is a partnership for the exchange of know-how. On the one hand, it is a matter of supporting French companies (SMEs and ETIs) working in the field of sustainable development in France and wishing to provide solutions against climate change in Africa. On the other hand, it is also the innovations and business opportunities of African countries that can find opportunities and serve as a source of inspiration for France. The agreement illustrates the new form of cooperation that the French State wishes to promote, in favour of French companies, which have a high added value offer in areas such as: renewable energies, sustainable cities, rural development and agri-food.

“I am delighted that through this partnership, Business France’s primary mission to contribute to the promotion of French know-how and excellence abroad goes hand in hand with our national development aid policy, embodied by AFD, for the countries of the South…” said Christophe Lecourtier, Director General of Business France, and Rémy Rioux, Director General of AFD, to specify that “AFD is this platform at the service of solidarity investment for development, which must involve the private sector. This is why we work closely with Business France to meet French entrepreneurs, their know-how and connect them to their partners in the South, for a development that works both ways.”

AFD is active in climate financing in Africa

The French Development Agency, whose stated objective is “100% Paris Agreement”, is continuing its efforts to promote the implementation of the instrument in developing countries. On October 22, 2018, the institution announced the launch, in partnership with the Green Climate Fund (GCF), of the largest program in its history, entitled “Transforming Financial Systems for Climate”. The programme has a budget of $750 million, of which the GCF is contributing $280 million. The funds will be used to mobilise local actors to fight climate change. It is intended for banks, public and private local microfinance institutions which in turn will have to finance projects generating strong climate benefits, led by companies, agricultural cooperatives or households.