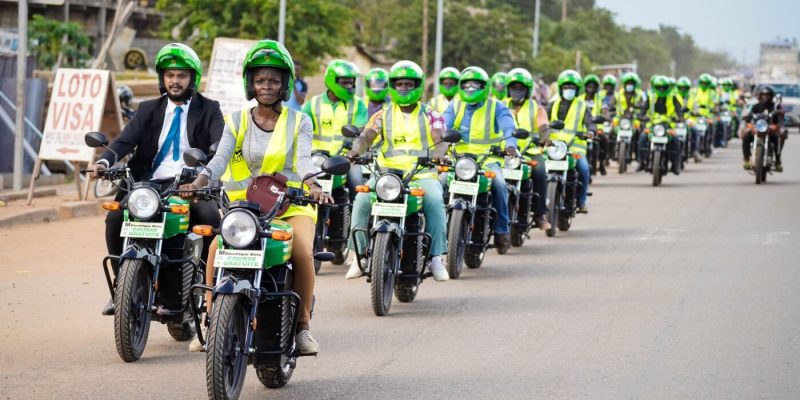 Thanks to an endowment worth $5 million generated by Aera, a French carbon credit trader for Africa in partnership with the Swiss foundation myclimate, Indian car manufacturer Mauto Electric Mobility (M Auto) will accelerate the expansion of its green mobility solutions in Africa.

The response to the climate emergency is becoming clearer in Africa. Aera, a French carbon trader for Africa, has entered into a partnership with the Swiss foundation myclimate to sell $5 million worth of carbon credits to the Indian car manufacturer Mauto Electric Mobility (M Auto). “We are pleased to bring in carbon credit revenues to help reduce the cost of renting electric bicycles and allow M Auto to raise additional funds to roll out bicycles faster,” said Fabrice le Saché, Aera’s founding president.

These carbon credits, which will be allocated to M Auto between 2023 and 2025, correspond to its capacity to reduce CO2 emissions. In concrete terms, the company will be able to sell its surplus credits on the carbon market. The agreement aims to reduce CO2 emissions from the transport sector on the African continent by building assembly plants for the deployment of two million electric bicycles, as well as building charging stations in six sub-Saharan African countries by 2030.

“Supporting carbon credit revenues is now crucial to evolve and ensure the sustainability of our green ambition. This would not be possible without our strong penetration and growth strategy developed by our teams over the last few months. We are therefore going to change the day-to-day transport sector in African cities where air pollution from traffic is becoming a major public health concern,” says Shegun Adjabi Bakari, CEO of M Auto.

West Africa in the race for green mobility

In June 2022, M Auto announced the commercialisation of its two electric motorbike models “Chap Chap” and “Commando” in Benin and Togo. These vehicles, powered by a 72V lithium battery and capable of speeds of up to 90km/h, will contribute to the promotion of sustainable transport in these two West African countries.

In Benin, these two-wheeled vehicles will be made available to transport professionals (mototaxi), households and businesses and will be recharged at stations in the Glo Djigbé industrial park in Cotonou. In Togo, where M Auto has been present since September 2021, a recharging station will soon be operational in the Adétikopé industrial platform located 37 minutes from the capital Lomé.