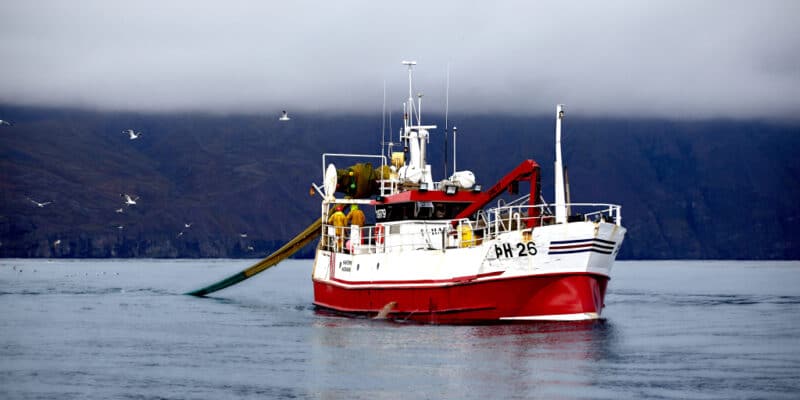 Greenpeace is warning West African states of the environmental and social dangers associated with the presence of the FV Margiris in the waters of the sub-region. The second largest fishing vessel in the world with a poor record of chronic overfishing has been spotted off Mauritania.

Greenpeace Africa is calling for the immediate departure of the FV Margiris from Mauritanian waters. In a recent release, the environmental non-governmental organisation (NGO) denounced the destructive nature of the world’s largest fishing vessel. With a capacity to catch and freeze 250 tonnes of fish per day, the giant trawler, which flies the Lithuanian flag, represents a real threat to the preservation of Mauritanian and West African fisheries resources. “The environmental damage that overfishing causes to fish stocks and biodiversity is immense. The Margiris uses a net larger than a football field with a storage capacity of 6,000 tonnes. This vessel is a real ‘monster’ and a threat to already overexploited pelagic resources,” says Dr Aliou Ba, policy advisor to Greenpeace Africa.

According to the NGO, the vessel FV Margiris can navigate in Mauritanian waters thanks to an agreement between the European Union (EU) and the Mauritanian government. Except that the agreement came at a time when local fishermen and women fish processors are facing an unprecedented crisis due to the shortage of fisheries resources. A situation which, according to Greenpeace, is leading to food insecurity and the loss of livelihoods for local communities.

FV Margiris is not wanted here or anywhere else

This is the second time that the 142-metre FV Margiris has sailed into Mauritanian waters. The giant of the seas was already there under the last fisheries partnership agreement (which expired on 31 July 2012) between the EU and the Islamic Republic of Mauritania. The vessel then headed to Australia, where it was allowed to catch a quota of 18,000 tonnes of horse mackerel and redfish along the country’s southern shores. But after protests from environmental groups, the Australian government passed a law banning the trawler from fishing in Australian waters for two years.

Greenpeace says it is campaigning globally to reduce the world’s oversized and subsidised industrial fishing fleet, starting with the monster ships that contribute to depleting stocks and causing damage to the wider marine environment, but also to the social, economic and cultural fabric of coastal communities.

According to the Food and Agriculture Organization of the United Nations (FAO), approximately 30% of fish are overexploited or depleted because they are not caught in a sustainable manner. Similarly, 58% have been exploited to their limits. This means that about 90% of commercially exploited fish populations are depleted or in the process of being depleted.