Homepage » AFRICA: 9th World Water Forum ends in Dakar with a focus on solutions
This article is part of the dossier
WORLD WATER FORUM: SECURING ACCESS TO WATER AND SANITATION IN AFRICA

AFRICA: 9th World Water Forum ends in Dakar with a focus on solutions 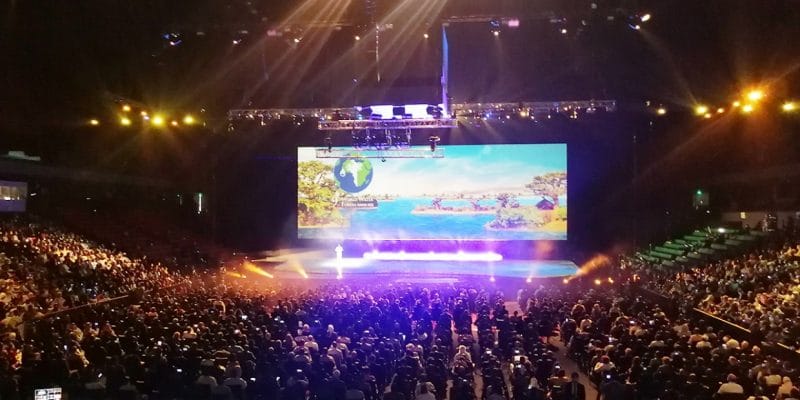 The 9th World Water Forum (WWF), which is closing in Dakar, Senegal, was an opportunity for water sector actors to present solutions for better water management in Africa. In addition to the cancellation of water debt for low-income states and communities, new financing has been announced for the continent.

This is it. Senegal has just made history as the first country in sub-Saharan Africa to host the World Water Forum (WWF). Delayed by a year due to the Covid 19 pandemic, this 9th edition, which was held from 21 to 26 March 2022, will have visibly held its letters of nobility. “The meeting resulted in strong proposals for the operational achievement of the [Water] targets of the 2030 Agenda and, more globally, for the achievement of the 17 Sustainable Development Goals (SDGs). The aim is to make recommendations to the 2023 UN Water Conference in New York in the United States,” says the UN.

The World Water Council (WWC) estimates that Africa needs 20 billion dollars by 2030 to consolidate political and institutional reforms, increase public and private investment in the water sector, and strengthen the participation of populations. This is logical, as the continent remains the most affected by water shortages. In 2022, an average of 418 million people out of Africa’s 1.3 billion will still not have access to even basic drinking water, according to the United Nations Children’s Fund (UNICEF). The main challenges include climate change, pollution, population pressure, increasing irrigation needs due to food demand, urbanisation, etc.

Therefore, WWC President Loïc Fauchon suggested the cancellation of the water debt for low-income states and communities. This cancellation must be accompanied, according to him, by a requirement for immediate reinvestment of the same amounts in the construction of water and sanitation infrastructures as well as in the maintenance and training of women and men. “We also want a blue fund from climate finance, a real international fund for water security”, urges Loïc Fauchon, assuring that only this massive but controlled funding will allow us to adequately face the challenges of water management.

Read also – AFRICA: the water war may not happen

To secure water supplies, several development partners, notably the World Bank, the African Development Bank (AfDB), the French Development Agency (AFD) and the European Investment Bank (EIB), are planning to provide funding in Africa. Senegal will receive a €64.5 million loan from the EIB and a €5.55 million grant from the European Union (EU) for drinking water projects.

The future facilities will provide water to more than 1.2 million unserved Senegalese. The West African country’s goal is universal drinking water coverage by 2030. According to the Senegalese Ministry of Water and Sanitation, by 2021, 98.8% of the population in urban areas and 91% in rural areas will have a continuous supply of drinking water.

This funding will be in addition to the $4 billion pledged by the coalition of Public Development Banks (PDBs) for African micro, small and medium enterprises (MSMEs). The aim is to mitigate the effects of water stress. The coalition announced in October 2021 that it had succeeded in mobilising $1.3 billion.

At the WEF, the United Nations Educational, Scientific and Cultural Organisation (UNESCO) presented its report entitled “Groundwater: making the invisible visible. In it, UNESCO explains how aquifers could mitigate the effects of climate change, as they have a unique buffering capacity to limit the impact of climate variations. The report recommends, among other things, irrigation via solar-powered groundwater pumping systems.

While countries such as Mauritania and Namibia are experimenting with this solution to drought, several countries are still dragging their feet. However, according to Senegalese President Macky Sall, all solutions are to be taken in view of the situation, which is expected to worsen further.

The need for better governance in the water sector

In addition to financing infrastructure, investment is needed in sustainable water management. The President of the Republic of Senegal has therefore proposed, on a political level, that the composition of the G20 be expanded. “Given the global stakes […], the time has come for a body like the G20 to pay attention to water-related issues, as the World Bank and other international institutions have been doing for decades. The African Union (AU) could become a member. Because Africa has more than a quarter of the member countries of the United Nations,” said Macky Sall on 21 March 2022, in his opening speech at the 9th World Water Forum.

The adoption of water laws in parliaments has also been advocated to secure access to drinking water in Africa. According to the Executive Secretary of the 9th WWF, Abdoulaye Sène, this will enable governments to translate into national public policies, ways and means to ensure that the human right to water is effective. Better water services would also ensure adequate sanitation services on the continent. According to UNICEF, 79 million people still lack basic sanitation services and 839 million people lack basic hygiene services in sub-Saharan Africa.