AFRICA: $58m from Acumen for climate resilience of smallholder farmers 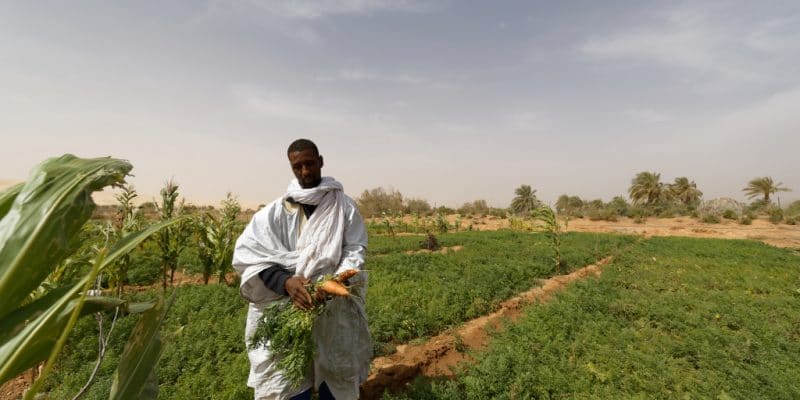 Acumen is closing a $58 million fund to finance climate change adaptation for smallholder farmers. Funded by several international financial institutions, the Acumen Agricultural Resilience Fund (ARAF) will work in several countries affected by climate change, most of which are in Africa.

Facilitating climate change adaptation for smallholder farmers. This is the aim of the Acumen Resilient Agriculture Fund (ARAF) launched by Acumen, an organisation known in Africa for its impact investments. ARAF is funded by the Netherlands Development Finance Corporation (FMO), the Soros Economic Development Fund (SEDF), the Children’s Investment Fund Foundation (CIFF), the Ikea Foundation, Global Social Impact, as well as Proparco, the subsidiary of the French Development Agency (AFD) group, which has participated in this financial mobilisation through Fisea+, the AFD fund.

Acumen’s initiative is also supported by the Green Climate Fund (GCF). “The impressive closing of $58 million from ARAF, $8 million more than our initial target for the fund, is a watershed moment and, with only 5% of climate investments directed towards adaptation, signals the beginning of a shift in climate finance. By investing in agricultural start-ups in East and West Africa, ARAF can reduce poverty, build climate resilience and demonstrate the impact of investing in resilient agriculture,” says Tamer El-Raghy, ARAF’s Managing Director.

In Africa, climate change is having a direct impact on small-scale farmers who have very little capacity to boost their agricultural production. This is manifested in the increased occurrence of droughts that degrade areas, violent storms, changing weather conditions, etc. Yet small-scale farmers provide 80% of the food consumed in Africa, according to Acumen. This shows how climate change can increase food insecurity.

In response to this situation, ARAF began operations in 2020 by investing in five companies operating in Kenya, Uganda and Nigeria. The fund has put in place several schemes to support African farmers. These include ARAF’s “first loss layer”, supported by the FVC and the Ikea Foundation, which enables adaptation to climate risks.

The fund also uses blended finance to provide long-term support to small and medium-sized agribusinesses (SMEs) and through its $5 million Technical Assistance Facility (TAF) which is designed to provide farmers with the practical support they need. The TAF is funded by grants from the CVF, the Ikea Foundation, Foreign, the UK Commonwealth and Development Office (FCDO) and the FMO.

“The $58 million closing of ARAF illustrates a new interest in climate resilience among major investors. Together, ARAF donors are reducing poverty, increasing climate resilience and galvanising sector growth that can help build a more sustainable and prosperous future for us all,” says the fund, which is calling for increased climate change adaptation funding for smallholder farmers. Indeed, when launching ARAF, Acumen was aiming for $50 million. The mobilisation of $8 million more than the initial target shows the importance that donors attach to climate financing in the agricultural sector.