Homepage » AFRICA: 5 Africans among finalists for the “Young Champions of the Earth” prize

AFRICA: 5 Africans among finalists for the “Young Champions of the Earth” prize 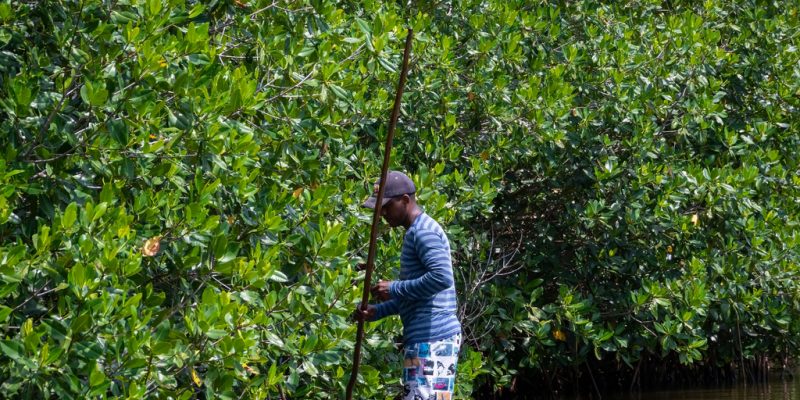 The list of finalists for the 2020 edition of the international "Young Earth Champions" award is known. The United Nations Environment Programme (UNEP) has recently published the list of finalists. Among the 35 candidates selected for their innovative approach to tackling environmental crises are five Africans.

Fernanda Samuel, Ghislain Irakoze, Joy Egbe, Nzambi Matee and Richard Kakunga Wambua are the five African entrepreneurs who are vying for the title of “Young Champions of the Earth” for the year 2020. Originally from Angola, Rwanda, Nigeria and Kenya, the start-ups are among the 35 finalists in the 2020 edition of the international “Young Champions of the Earth” competition, selected by the United Nations Environment Programme (UNEP). The annual competition aims to identify, support and reward outstanding individuals between the ages of 18 and 30 with innovative and progressive ideas for environmental protection.

Only 7 candidates will be retained in the final of the Young Champions of the Earth competition, including one entrepreneur from each region of the world (Africa, Europe, Latin America and the Caribbean, North America, West Asia and two from Asia and the Pacific). The winners will be selected by an international jury composed of the Executive Director of the United Nations Environmen Programme (UNEP), Inger Andersen; the United Nations Secretary-General’s Youth Envoy, Jayathma Wickramanayake; the UNEP Creative Economy Officer, Roberta Annan; and Elizabeth Cousens, the Executive Director of the United Nations Foundation.

The African entrepreneurs who are finalists in the “Young Champions of the Earth” competition deal with various environmental themes. Fernanda Samuel, an Angolan petrochemical engineer, has set up a project called “Otchiva”. Her project aims at the sustainable use of mangroves in Angola; as well as the well-being of all the living beings that depend on them.

The second project presented was initiated by Ghislain Irakoze. Through his company Wastezon, the young Rwandan entrepreneur provides households and recycling stakeholders with state-of-the-art technologies for the efficient collection, sorting and traceability of waste (electronic waste in particular). “To date, we have collected more than 416 tons of e-waste in Rwanda, which is equivalent to 2826.42 tons of carbon dioxide emissions avoided,” says Irakoze.

According to Wastezon’s founder, the next step will be to introduce a win-win solution called the Wastezon Smart Bin, which meets both household waste collection needs and the growing demand for fertilizer or compost. “Wastezon Smart Bin will offer automated sorting that will track the decomposition of waste, sterilize the odor of waste and provide real-time information to enable efficient waste circularity,” said Irakoze.

Nigerian entrepreneur Joy Egbe has been fighting air pollution for several years with her “Just Add Water” technology. It is a device that uses compliant solar cells and water to generate green hydrogen via reversible fuel cells. According to Joy Egbe, the solution is in its pilot phase and currently serves 26 households in Nigeria and five businesses.

The fight against deforestation

The other project presented is that of Kenyan Richard Kakunga Wambua. The initiative is called GreenPap. “It’s a web-based mobile platform that allows users to virtually plant trees through our Green Ambassadors, analyze and visualize data to monitor tree survival rates across the country, using drones and satellite images,” explains Richard Kakunga Wambua. The platform also seeks to establish a paradigm shift from scattered tree planting to more targeted tree cultivation, recommending the best tree species to plant based on the climatic conditions and soil composition of a given area.