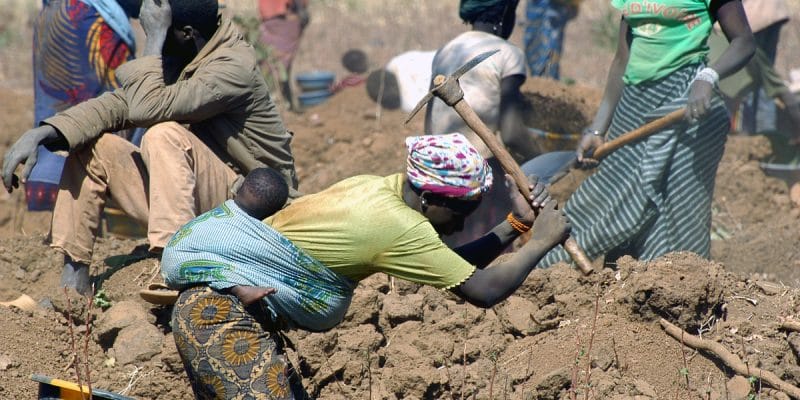 The Malian government fears an ecological disaster in the country's gold mining sites. It recently launched an awareness campaign against the dangers associated with the use of toxic chemicals in mining. Although prohibited by law, the abusive and artisanal use of cyanide on traditional gold panning sites is increasing.

Gold, which has been Mali’s main export since 1999, could become its main source of misfortune if strong and effective measures are not taken. In this Sahelian country of West Africa, where gold mining dates back to very ancient times, people have engaged in mining practices that are harmful to their health and nature. Despite the ban imposed in 2017 by the Malian Ministry of Mines, chemicals and toxic products are increasingly being used in gold mining. The local press reports that in 2018, a truck full of cyanide was seized by customs in the Keniéba circle, a mining site located in western Mali.

To combat this phenomenon, the Malian government organised, a training and awareness workshop for gold panners through the Chamber of Mines of Mali (CMM), from September 16 to 18, 2019 in Kangaba, a locality located 90 kilometres west of the capital Bamako, which was attended by more than 100 people. About 200 participants are now aware of environmental protection and the use of mercury and cyanide in gold panning. “Mali has just adopted by ordinance a new mining code in which the prohibition of certain activities, which have negative impacts on our environment, is included, including the use of mercury and cyanide,” said Abdoulaye Pona, CMM chairman.

The CMM plans to conduct the same awareness campaign at two other mining sites, Sikasso and Kayes, also in western Mali.

Cyanide is used for rapid gold processing. The principle is based on the fact that cyanide is able to thicken and make gold soluble. This chemical process is called leaching. Chemical residues are mixed with water, causing pollution and the destruction of aquatic life. While some gold miners are unaware of these disasters, others are well aware of them. Thus, the burning of mining sites continues despite everything. Traditionally led by the underprivileged, artisanal gold panning in Mali is the main source of income, followed by cotton. According to estimates by the international NGO Human Rights Watch (HRW), between 20,000 and 40,000 children work in the artisanal gold mining (gold panning) sector in Mali. Most of them start working at the age of six.

That is why, in its report on Mali published in December 2011, HRW proposes that the Malian government improve the livelihoods of gold miner communities by providing training on improved mining techniques, assisting them in their efforts to establish cooperatives, and providing income-generating activities in other sectors.