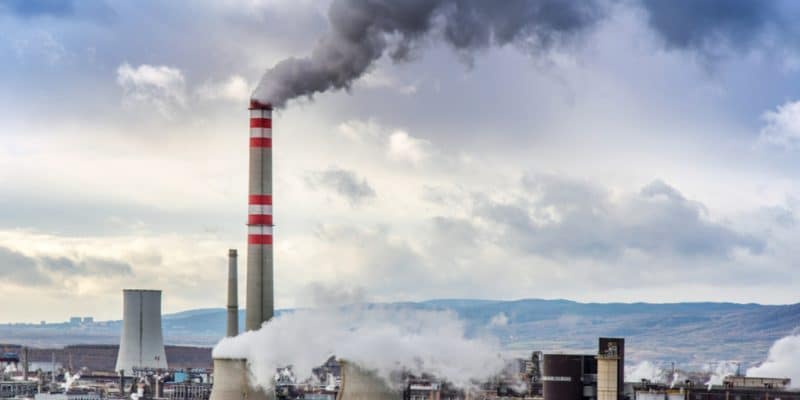 South African President Cyril Ramaphosa passed a law at the end of May 2019 imposing a carbon tax on South African companies. The law will come into force on June 1. They will have to pay $8.34 for each tonne of carbon emitted.

In South Africa, each tonne of carbon emitted by a company is now taxed at $8.34. The law was promulgated by the President of the Republic, Cyril Ramaphosa, and will enter into force on June 1, 2019. The first phase of implementation will run from June 2019 to December 2022. The second phase will cover the period from 2023 to 2030. “A review of the impact of the tax will be conducted before the second phase and will take into account progress made in reducing greenhouse gas emissions in accordance with our nationally determined contribution,” the Treasury Department said on May 26, 2019.

It is a policy measure adopted by the South African government to combat climate change. As the Treasury Ministry has acknowledged, “climate change is one of the greatest challenges facing the human species and the primary objective of the carbon tax is to reduce greenhouse gas emissions in a sustainable way”.

An initiative that is appreciated in various ways

For the World Wildlife Fund (WWF), this strategy is commendable, although the organisation recognises that there is still a long way to go. For her, “much remains to be done to make the tax more effective. It nevertheless acknowledges] that this is a significant first step.

The NGO Greenpeace, on the other hand, is a little more sceptical about the tax, which it believes is at a relatively low rate. The NGO acknowledges that the tax “sends a signal” to the companies concerned, but believes that it may have a small impact because of its too small amount.

In addition, some local and foreign climate change activists believe that the South African government’s proposed tax response is far below the country’s greenhouse gas emission targets set by the signing of the Paris Agreement in 2015.

South Africa is the largest polluter on the African continent and the 14th largest in the world. The country’s electricity production is mainly based on old coal-fired power plants. The idea of introducing a carbon tax was first raised in 2010 and met with strong resistance from the country’s major CO2 emitters. The adoption of the text has in fact been postponed at least three times. Mining, metallurgical and electricity companies, such as Sibanye-Stillwater, ArcelorMittal and Eskom, believed that the measure would in turn increase electricity prices and de facto reduce their margins. However, they will have to comply with it: dura lex, sed lex.